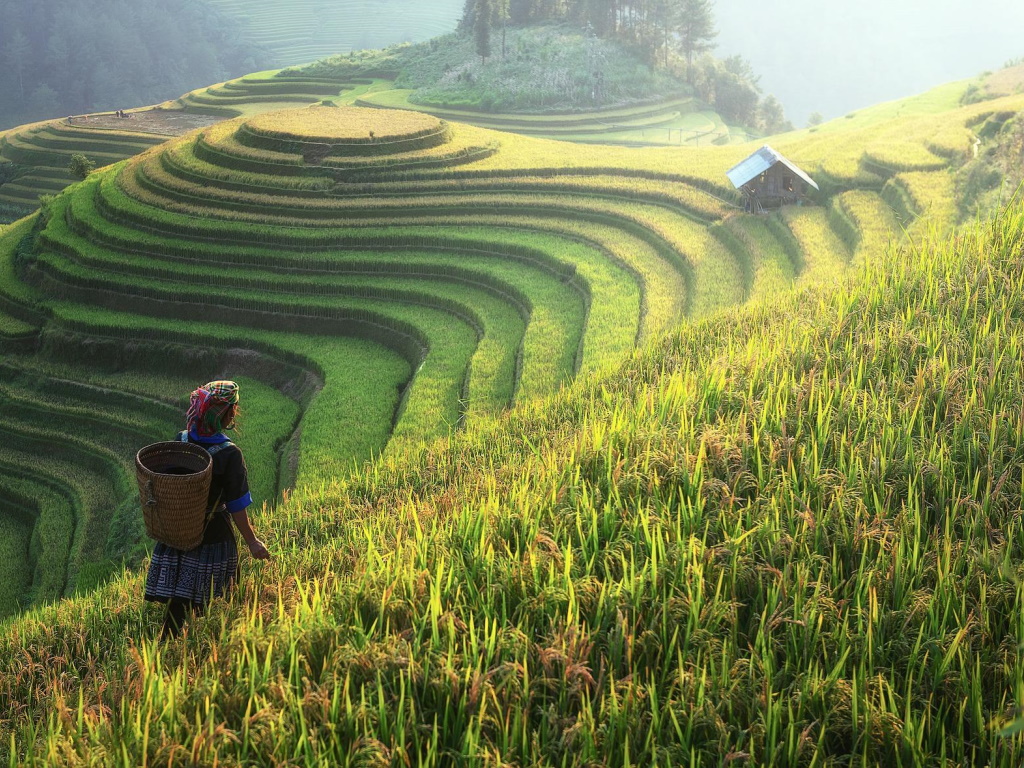 God used a recent event in my life to remind me of an important principle concerning His work. Hopefully, the reader will consider this matter carefully, and then humbly agree with the Lord's words as recorded by Isaiah: "For my thoughts are not your thoughts, neither are your ways my ways, saith the Lord, for as the heavens are higher than the earth, so are my ways higher than your ways, and my thoughts than your thoughts." ( Is. 55:8,9).

While visiting a church I was encouraged to help myself to tracts that were available there for distribution. One of the tracts was actually written to help backsliding believers and its title had reference to the need for revival. Although I was somewhat reluctant to take the tract since I could see it had a comic book type format, which I felt uncertain about, I took the tract with the intention of reading it later.

The next day I read the small pamphlet. As I closed the tract, I sensed a deep feeling of unhappiness about it within my spirit. It was then that the Spirit of God brought to mind a very small portion of Scripture that seemed to surface from deep within me: "ambassadors for Christ" (2 Cor. 5:20). For the next day or so God began to reveal to me all that was intended in that small three word message.

First, let me tell you a little more about the tract. The entire format was comic book style with drawings made to highlight, or at times, caricature the point at hand. Additionally, the text was often worded to practically ridicule what the writer considered to be "carnal Christians." At one point, a preacher was shown to be preaching to his congregation while out of their view appeared his "devil-shaped" tail (his offense concerned versions of the Bible). The pamphlet did proclaim Jesus as the Savior, but concluded that if one's works were not proper he could not expect to see heaven.

God began to enlighten me with the thought that we are "ambassadors for Christ." This means that what we do, and the literature we use, is a reflection not only of us and of our church, but primarily of Christ Himself.

Our Lord Jesus Christ is the highest and holiest person in the entire universe. If we are His ambassadors, then what we do must reflect His holiness, His character, His ways, His attitude and His truth. Our labor for the Lord must reflect Christ, whom we represent. The little booklet, regardless of how well intended, simply did not reflect our Lord. It did not pass the test. His attitude toward backsliders, His truth and His holiness were compromised by a crude and childish comic book.

Then I realized that one might counter my argument by declaring that people have gotten saved by such tracts, which proves that God does not mind them at all. How would I reply to this, I wondered? I believe the Holy Spirit enlightened me as to the real issue at hand here in God's mind. We Americans are very utilitarian. If it works, use it. Our Lord, however, is not this way. We believers must learn this of God: God is more concerned about our methods than about our results. He desires that we pay attention to His means and His ways rather than focusing on results. I believe the following cases from Scripture will help highlight this very important principle.

In 2 Samuel chapter six, David was bringing the ark to Jerusalem on a cart and it started to fall from the cart. Uzzah reached out to steady the ark and the Lord struck him down. Why? Wasn't it a "good thing" to keep the ark from being damaged? The intended results of Uzzah's effort may have seemed good to him as he reached out. However, the action was not according to God's way.

The ark was only to be carried by the sons of Kohath of the tribe of Levi. It was only to be covered by Aaron and his sons. Uzzah was of the tribe of Judah. King David was afraid of the Lord after Uzzab was struck down and wondered how to return the ark to Jerusalem. Eventually, he realized that God's ways must be strictly followed. At last the ark came to Jerusalem according to God's way, on the shoulders of the sons of Kohath, not on a cart (2 Sam.6:12, 13; Num.4:15).

In 1 Samuel chapter thirteen, Saul was about to go to war with the Philistines. Samuel the priest had earlier told Saul to wait for seven days, and then Samuel would come to Gilgal and offer the needed sacrifices (1 Sam.10:8). Saul became nervous, however, when he saw his people scattering from him, and the Philistines gathering for war against him. So he "forced himself" to offer the sacrifices in Samuel's absence. Wasn't God's blessing needed for the impending battle? What difference did it make that Saul was not a priest, one ordained by God to handle the sacrifices? The situation was desperate; a sacrifice was needed. Such is the argument of utilitarianism.

God did give good results to Saul for the sake of Israel. The Philistines were defeated. However, because Saul did not keep God's commandment concerning waiting for Samuel to come and offer the sacrifices, God told Saul through Samuel: "But now your kingdom shall not continue. The Lord has sought for Himself a man after His own heart, and the Lord has commanded him to be commander over His people, because you have not kept what the Lord commanded you." (I Sam. 13:14, NKJV).

The last example is in Malachi chapter one. There the Lord condemned the priests for offering defiled sacrifices on His altar. The Lord declared that the priests despised His name, yet they responded, "In what way have we despised Your name?" (v.6, NKJV). The Lord further stated that the priests had been offering defiled food on the altar. The priests arrogantly questioned God saying, "In what way have we defiled You?" (v.7,NKJV). Then God points out that the animals they were offering were the lame, the blind and the sick, not the perfect animals required. God strongly declares in this passage that the sacrifices that were being offered were profaning His name. In other words, His holy name was being lowered to what was common by such sacrifices.

These priests were of a purely utilitarian mind. They probably figured that it did not matter what the sacrifice was like since it was going to be burned up anyway. Any animal should do, they might argue, as long as the sacrifice takes place. But this chapter stresses the name of God and how it was being profaned among the nations by such imperfect sacrifices. God wanted sacrifices that matched His perfection, not something of the common, earthly standard and not something of utility.

May this example open our eyes to see that the service we offer to Him must match His perfection and His holiness. His name is at stake. Others will see what God is like through the way we serve Him.

May the Lord give us a heart to be ambassadors for Christ. Let us humble ourselves and be willing to examine our service for the Lord in this light. Is our aim mostly for results or is our focus upon pleasing Him by following His word and His ways, regardless of "results"? Are we laboring for the Lord and building up His body according to our tradition or according to the principles of God's word?

Let us be reminded afresh of the Judgment Seat of Christ where our works will be tested to see if they are of man's efforts and ways ("wood, hay, stubble"), or of God's Spirit and ways ("gold, silver, precious stones"; 1 Cor.3:12). May we consecrate ourselves anew and, by His grace, learn to live in oneness with Him for His glory.