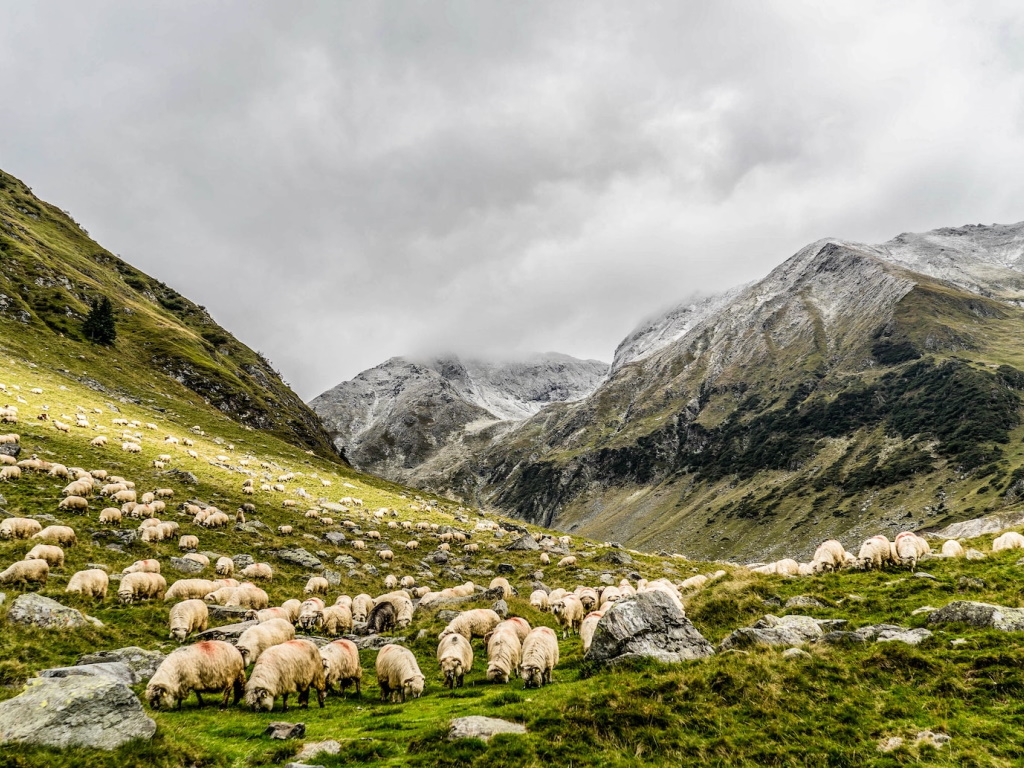 Rev 14:1-5
And I looked, and, lo, a Lamb stood on the mount Sion, and with him an hundred forty and four thousand, having his Father's name written in their foreheads. And I heard a voice from heaven, as the voice of many waters, and as the voice of a great thunder: and I heard the voice of harpers harping with their harps:  And they sung as it were a new song before the throne, and before the four beasts, and the elders: and no man could learn that song but the hundred and forty and four thousand, which were redeemed from the earth. These are they which were not defiled with women; for they are virgins. These are they which follow the Lamb whithersoever he goeth. These were redeemed from among men, being the firstfruits unto God and to the Lamb. And in their mouth was found no guile: for they are without fault before the throne of God.

The vision of the Lamb standing on Mount Zion is the vision of the 144,000. This vision includes us in these last days. It is a vision which we need to see for this moment. It not only encourages us, but also it teaches us many things.

But John saw something more. He saw not only the Lamb, but also the 144,000 standing with Him on Mount Zion. Personally, I believe the 144,000 is not a physical number, but a multiple of 12, a perfect number. One day, there will be a perfect number of people standing with the Lamb on Mount Zion. It is the desire of my heart that we will be a part of them. This is something that should be as a vision before our view today. To what are we looking forward? We are not looking forward to death, but to stand with the Lamb on Mount Zion.

This vision is our blessed hope and our encouragement. It is a vision we need to see today, because whatever we see around us is very discouraging. Whether we look at the world or at the church in general, their situations are very discouraging. Even when we look at ourselves, we feel discouraged too. So I ask, how are we going on during these times? To go on with the Lord, we need to see the Lamb and the 144,000 standing with Him on Mount Zion.

WITH THE LORD ON MOUNT ZION

So we are living in difficult days, especially the brothers and sisters who live in countries where God is opposed, Their life is at risk, and they live in constant danger. But thank God, in spite of all of these difficult situations, many are willing to confess the name of our Lord and of the Father, even unto death.

Now we who live in this country may not be faced with such a problem, However, if we are really faithful to the Lord, we will find persecutions and misunderstandings. Sometimes our crises make us afraid to confess the Lord publicly. But the faithful ones not only belong to the Lord, but also confess Him publicly in the face of oppressive adversities.

Then John heard a loud voice out of heaven, a voice like a mighty thunder and many waters (14:3). But strangely, the voice he heard was the sound of harps. Usually the sounds of thunder and harps are distinctly opposite. Harps sound like a soft and tender voice. To play a harp is like playing upon the heart. On one hand, harps are like a voice coming from the heart. It is like the singing of harps. Yet on the other hand, it is like great thunders and many waters. Often, we find Scriptural incidences where many opposites come together. So the 144,000 learned to play the harps. In other words, they are people of the heart, like David who was after God's heart.

And they sing a song which nobody can learn except these 144,000. Musicians cannot learn it. Poets cannot naturally compose it. Why? Because it is a song composed of life experiences. The 144,000 have gone through many experiences. Out of their experiences, they come to know the Lord. They experience the knowledge of the Lamb; so they are able to sing it. They sing it before the throne, but not as a performance before man. They sing it unto the Lord with their hearts. They are telling Him how much they appreciate Him, how much they have come to know Him, and how much of His grace they have experienced. Their song expresses a living knowledge of the Lord, which becomes sweet praise unto God.

So brothers and sisters, in these last days, the Lord does not allow us to go through life smoothly. Instead, He leads us into the way of the cross, which involves many difficult ways. Out of our difficult ways, we learn to know Him. What we learn will become a new song, a song we can sing unto Him. Nobody on earth can know it, - nobody, but those who learn it by their experiences.

Moreover, the 144,000 do not defile themselves with women, for they are virgins (14:4). I believe this must be applied spiritually, because we who are the Lord's are virgins. Paul exhorted the Corinthian believers to be chaste virgins and not be defiled. He told them that they have been engaged to one Man - Christ - and they needed to remain pure toward Him (2 Cor. 11: 1-3). These virgins are the ones whose hearts are occupied with Christ. They are not defiled by the world.

Furthermore, "in their mouth was no lie, for they are blameless" (14:5). They have been cleansed by the precious blood of the Lamb. It is God's purpose that we be holy and be blameless before Him in love (Eph.1:4-5). It is His love that enables us to be truthful, pure, and blameless.

FOLLOWERS OF THE LAMB

When we think of our Lord Jesus as the Lamb of God on earth, we see how He walked the way of the cross throughout His earthly life - from Bethlehem, through Nazareth, via Galilee, to Gethsemane, and finally at Calvary, This way of the Lamb is the way of the cross. God is calling His people to follow the Lamb wherever He goes.

Brothers and sisters, I believe what the Lord is doing today is to raise up such followers. These followers will hasten His return, because He will see Himself in them. When the Lord can see Himself in His people, then the Bridegroom will return and take His Bride. So this is the vision which should be before God's people today. May the Lord have mercy upon us that by His grace we may be among the rank of the 144,000 standing with the Lamb on Mount Zion.

[This brief message was given by Stephen Kaung in Westrninster, CA, Jan. 5, 2002] 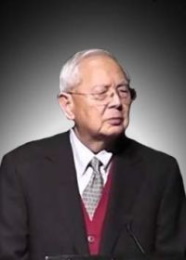 Born into a Christian family in China, Kaung was born again at an early age. He met Watchman Nee in the 1930s and became a co-worker with Nee in the Chinese church movement known by outsiders as the “Little Flock.” Kaung moved to the U. S. in 1952. As a gifted, humble, and spiritual Bible teacher Kaung was useful in helping many others in their walk with Christ. He taught in local churches and numerous conferences over the years. He founded a publishing company that publishes Nee’s writings, Kaung’s works, as well as those of a few others.