A Lesson On Ministry From Mary 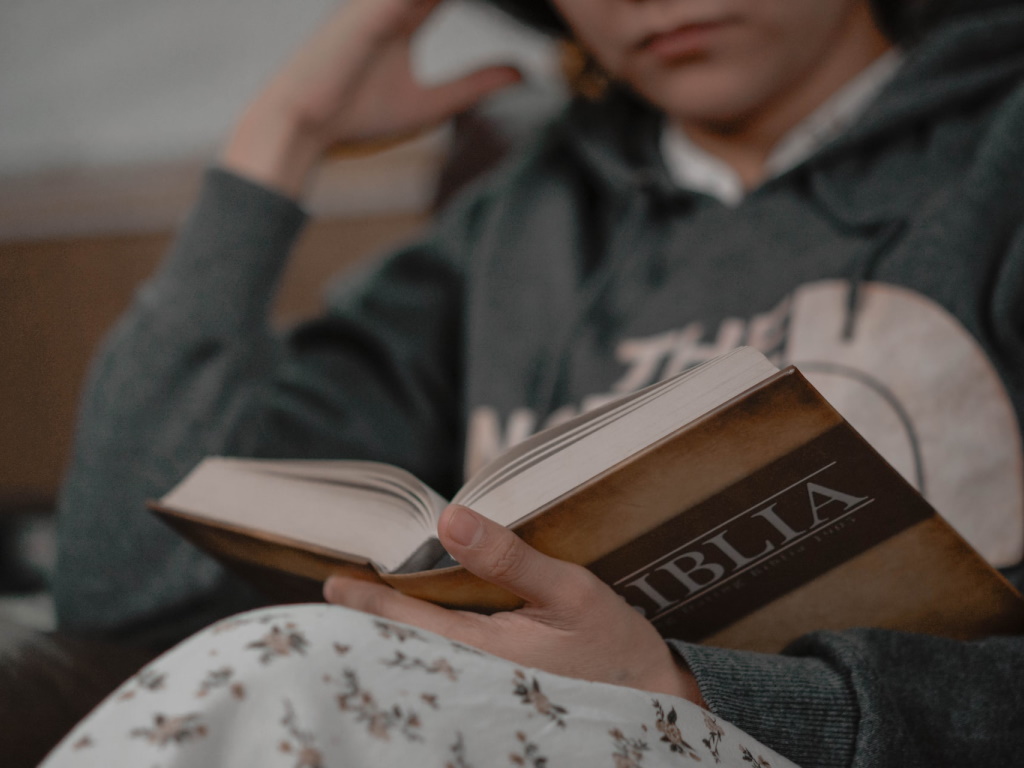 A Lesson On Ministry From Mary

The following scene at Martha’s house is familiar to Bible readers. Its lesson is usually seen as “busyness in ministry” contrasted with “communion with Jesus.” Yet, a further look at Mary in the Scriptures reveals another important lesson from this event, and that is the lesson of truly effective ministry.

“Now as they were traveling along, He entered a certain village; and a woman named Martha welcomed Him into her home. She had a sister called Mary, who was seated at the Lord's feet, listening to His word. But Martha was distracted with all her preparations; and she came up to Him and said, ‘Lord, do You not care that my sister has left me to do all the serving alone? Then tell her to help me.’ But the Lord answered and said to her, ‘Martha, Martha, you are worried and bothered about so many things; but only one thing is necessary, for Mary has chosen the good part, which shall not be taken away from her’” (Lk. 10:38-42).

Here we see Martha involved in much service and Mary sitting at the Lord’s feet, listening to His word. When Martha entreated the Lord to rebuke Mary and tell her to go to work, the Lord actually rebuked Martha. He emphatically told Martha that only one thing was needed, and that Mary had chosen “the good part”. The meaning here of “the good part” is that which is truly pleasing in God’s sight and truly beneficial.

It is about six months later when we get a glimpse of the effectiveness of “the good part” chosen by Mary. Jesus went to Bethany and there Mary anointed Him in the house of Simon the leper. The account in John tells us that the woman who anointed Jesus was Mary (Jn. 12:3). At that time, the Lord Jesus was only two days away from going to the cross to die. Here is the story as told by Mark:

“While He was in Bethany at the home of Simon the leper, and reclining at the table, there came a woman with an alabaster vial of very costly perfume of pure nard; and she broke the vial and poured it over His head. But some were indignantly remarking to one another, ‘Why has this perfume been wasted? For this perfume might have been sold for over three hundred denarii, and the money given to the poor.’ And they were scolding her. But Jesus said, ‘Let her alone; why do you bother her? She has done a good deed to Me. For you always have the poor with you, and whenever you wish you can do good to them; but you do not always have Me. She has done what she could; she has anointed My body beforehand for the burial. Truly I say to you, wherever the gospel is preached in the whole world, what this woman has done will also be spoken of in memory of her’" (Mk. 14:3-9)

Jesus called Mary’s anointing of him “a good deed.” She performed something very special, pouring out expensive perfume upon Him, which He stated was in preparation for His burial. The other disciples did not realize what she was doing, and some even criticized her for her deed. It is interesting to recall that those disciples had been told repeatedly by Jesus that He was going to be delivered up to death, yet they did not comprehend this prediction and were seemingly unaware that He was about to die (Mk. 8:31; 9:31; 10:34: Lk. 18:34). Yet, Mary, moved no doubt by the Spirit of God, made a great sacrifice to minister to Jesus in preparing Him for His imminent death. Did she understand what the other disciples did not understand? We are not told definitely, but we are told that what she did was in preparation for His burial, an event that was not comprehended by the others. We can surely say that she moved in concert with the Spirit of God in doing this good deed. Indeed, Jesus stated that Mary’s great deed would be told in all the world in memory of her.

In all of this we can see a great spiritual truth. Mary had learned to choose “the good part” of sitting at Jesus’ feet and listening to His word. Out of this communion with her Lord at least one most remarkable good work did flow. Her work was something unique and was praised by the Lord. The truly effective work of God, produced by the Holy Spirit, is something that comes out of our choosing this priority – to sit at His feet and listen to His word. Implied here is that the one who listens to His word takes it to heart, letting it do its work within and yielding to His word in obedience. Before we can be useful, His word must first do its work in us, transforming us. It is the believer who learns to hear His word and follows it, growing in His life, who will produce the fruit that pleases Him. "But the seed in the good soil, these are the ones who have heard the word in an honest and good heart, and hold it fast, and bear fruit with perseverance“ (Lk. 8:15).

Today there is much Christian activity, with multiplied ministries and works. Many seem so busy “for the Lord”, often employing their natural energy and talent, often following the religious traditions of men, and sometimes using entertainment and attractions of the flesh. Many seem in such a hurry to build a great ministry, erecting billboards on the highways and using mass marketing methods to impress and please others and to gain a large audience. But, how shall we serve Him with the truly good works which He has chosen, works which are produced by the Spirit, not by the flesh – works which will pass His judgment at His Judgment Seat? (Eph. 2:10; 1 Cor. 3:10-15). The Lord tells us that “only one thing is necessary” and that is “the good part.”

If we choose this way of communion with our Lord in His word, learning to follow Him in obedience in matters small and large, waiting upon Him and His Spirit, then He will use us in His way and in His time. Others may not understand what we are doing and may even criticize us, but if we would please God alone, then we must choose “the good part.” This is the way of true ministry regardless of our gift. Whether our gift is one of mercy, helps, giving, teaching, or any other gift, we must learn to serve out of His life, which only comes from spending time with Him, obeying Him in the smallest of matters, and waiting upon His Spirit to direct us in service. To God be the glory in our service.